I am used to defining myself by the expression “northern francophone” because it sums up my background and my roots in Sweden.

Deputy-deputy of the third constituency of the French living abroad, I represent the countries of Northern Europe in the National Assembly . My constituency includes ten countries: the UK, Ireland, Sweden, Finland, Denmark, Norway, Iceland, Estonia, Latvia and Lithuania. At the National Assembly, I sit on the Committee for Cultural Affairs and Education and I am a member of the France-Sweden friendship group as well as of the “Arctic, Antarctic and French Southern and Antarctic Lands” study group . I am involved in the Commission of Inquiry into the Exile of the Forces Vives de France .

Born in 1976 in Annecy, married to a Swedish woman and father of three binational children, I live in Södertälje, south of Stockholm. I studied literature and in particular philosophy at the Lycée Henri IV in Paris, then joined the Ecole normale supérieure of Fontenay Saint-Cloud and obtained an aggregation in philosophy and a DEA in history of philosophy a few years later. After a DEA in political studies at EHESS and a master 2 in linguistics at a distance from the University of Rouen, in 2008 I obtained a doctorate in political science at the IEP in Bordeaux on the institutionalization of the referendum. local in France and Germany.

I worked in the United States, Italy, Germany as well as Luxembourg at the European Parliament. In Sweden, I worked at the French Embassy in Sweden and the French Institute in Stockholm where I served as cooperation attaché for French. Since 2013, I have been teaching history at Franska Skolan in Stockholm and French at the Department of Romance Languages ​​at Stockholm University. Since 2008, I have been an associate researcher at the Center Émile Durkheim at the IEP in Bordeaux, where I work on the themes of participatory democracy, lifelong training and language policies in Europe.

For me, politics has always been a passion for debate, ideas and collective experiences with an internationalist translation. I joined the Socialist Party in Bordeaux in 2006 then the section of the Socialist Party of Sweden in 2008 before being its secretary from 2011 to 2012. An activist of the European Socialist Party, I participate in the animation of the French section of the Swedish Social Democratic Party. It is essential to have a platform for exchanges with sister parties in order to be able to come together on the major issues (youth employment, changes in the economy, new social protections to be built) in order to debate European ideas. . At the same time, I participate in the association “Français du Monde” in Sweden, of which I have been the vice-president since 2011. 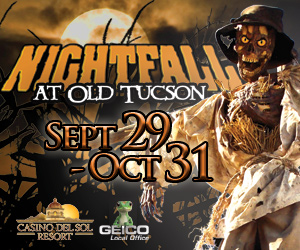